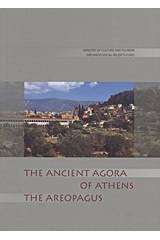 Περιγραφή
The Ancient Agora of Athens is one of the most important archaeological sites in the city, and at the same time it serves as an idyllic “green zone” within Athens’ historic center. The Agora occupies a level area northwest of the holy rock of the Acropolis, and is bordered by the Areopagus to the south and the hill of Kolonos Agoraios to the west. The nearby hills of the Muses, the Nymphs, and the Pnyx rise to the southwest1. The Eridanos River, which has its headwaters on Mt. Lycabettus and flows into the Kephisos, crosses the northern part of the Agora. Its riverbed, now filled with earth, lies beneath the paving of the modern-day Adrianou Street. […]